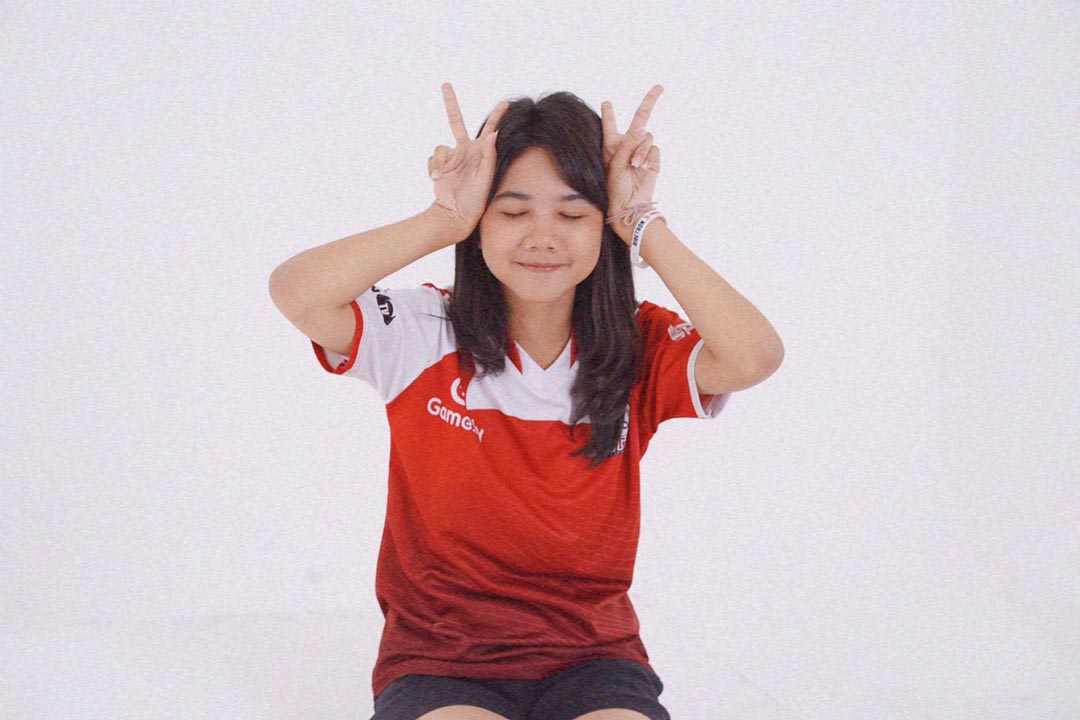 The ladies esports circuit of PUBG Mobile tournament in Indonesia has given birth to several notable female players with tons of achievements. One of the prominent ladies pro player is none other than BTR Lea.

For PUBG Mobile fans, Bigetron Esports is one of the biggest esports teams that runs a strong PUBGM division Indonesia. Belletron Ace and Bigetron Red Aliens are two different teams but each with their own characteristics.

Belletron Ace is a PUBGM division for ladies where BTR Lea serves as the team captain. BTR Lea is considered a great PUBGM professional ladies player, both in terms of skills and team leadership. She has what it takes to organize and lead her team during the game. Her firm attitude and determination to call for decision is what makes her worthy of being appointed as team captain.

Even though she is still very young, it does not bring her to be underestimated in the team by other players. With good direction and leadership, Lea managed to lead Belletron Ace wins various PUBGM ladies tournaments.

BTR Lea whose full name is Liona Lee Putri is definitely a heroine to inspire more women to pursue career in esports. She plays and competes equally against the male players.

Lea first joined Belletron Ace in 2019. Even though the roster has gone through various changes, Belletron still kept her as a player and made her the captain. Together with Belletron Ace, BTR Lea and her teammates have recorded many achievements in Indonesian esports scene.

However, in the PMPL Indonesia Ladies Tournament, Belletron Ace only managed to secure the runner-up position after its loss  to Aerowolf Ladies.

BTR Lea believes that the competition for PUBGM ladies in Indonesia is quite competitive and cannot be underestimated from the men’s esports scene.

Lea also emphasized that they are fighting to be the best in the realm of PUBGM Ladies, even though there are several female players’ name in the PUBGM Mobile Pro League Indonesia (PMPL ID).

Her rivals are ShaSha from The Pillars Slayer, Fepar from Nara Esports, and alsos BTR Alice from Bigetron RA. BTR Lea herself admitted that she had no ambition to switch to PMPL even if she was invited to join the men’s team.

BTR Lea has been exposed to the world of video game in her early days when she was in elementary school. She loved the classic Super Mario Bros. game.

Now that mobile esports is on the rise, she did spend some time playing Mobile Legends with her friends when she was in high school. However, she stopped playing it for a while when she was in her third year of senior high school, mainly because she wanted to focus on facing the National Exam.

After graduating from high school, Lea decided to try the current hype game, which was known as PUBG Mobile. Her interest built  up, and soon she started exploring the community of PUBG Mobile players.

Later on, as she was honing her gaming skill with  the community, she started to participate in tournaments. In addition, by joining the community, she received many words of encouragement for her to take part in Bigetron Esports recruitment which were scouting for female players for their ladies-only PUBGM division.

With lots of support, she signed up and did not want to disappoint those who had supported her. She participated in the recruitment processs which consisted of 2 phases, namely the Solo and Duo.

Although she wasn’t sure that she would pass the selection, as there were hundreds of other participants, she still scored a lot of kills and “chickens”. Once the selection has finished, and Bigetron revealed the result, unfortunately Lea’s name was not among the list of the recruited players. There was one remaining slot, however.

Lea was desperate and doubtful of herself being worthy to win the last player slot. On the other hand, the universe appears to be on her side when Koh Pin, one of the important people in Bigetron invites her to play together.

Aware of the golden opportunity, she agreed and immediately showed her ability by scoring Chicken Dinner many times.

Witnessing Lea’s above-average skills when they played together, Koh Pin offered the last Belletron slot to Lea. Undoubtedly, Lea was surprised to hear the opportunity. She could not believe that she was the last player selected to complete the Belletron roster list.

Since then, she has been a wonderful professional gamer, winning tournaments, and became the team captain and score more tournaments in Indonesia.

In the midst of her busy life as a PUBGM pro player, BTR Lea never loses her focus on continuing her education. Currently she is a student at the Institut Pertanian Bogor (IPB) majoring in Accounting. At her campus, she also participated in the PUBGM Campus Championship representing her almamater, IPB.

She is also now living her new role as a YouTube content creator or Youtuber. On her YouTube channel, BTR Lea actively discusses the PUBGM game and also plays other exciting games such as Fall Guy and Among Us. Her YouTube channel, Lea Lee, currently has 268k subscribers.

Looking at her brilliant careers, the female pro player who was born on December 24th, 2001 had expressed her desire to retire from the PUBGM scene. She had said goodbye to Belletron Ace through her Instagram account, saying many thanks to the team and management.

BTR Lea also gives encouragement to BTR Kyra, who will become the new captain of Belletron Ace. In an exclusive interview from Planet Esports, BTR Lea has actually expressed her desire to retire. However, she could not explain further her reasons for deciding to retire from Belletron Ace.

Her fans still think that BTR Lea may change her mind after retiring, to return to the competition stage, considering there are many players who have announced retirement, but eventually made a comeback.

However, recently BTR Lea is no longer in Belletron Ace line-up for the 2021 PUBG Mobile National Championship (PMNC) tournament. Despite thatt fact, she still has many fans who look up to her knowing that she is the first batch of Belletron Ace players who holds a crucial role in the team development.

Meet Rasyah Rasyid, The Young Youtuber Who Is Now…